Grass is the “Brite Way” 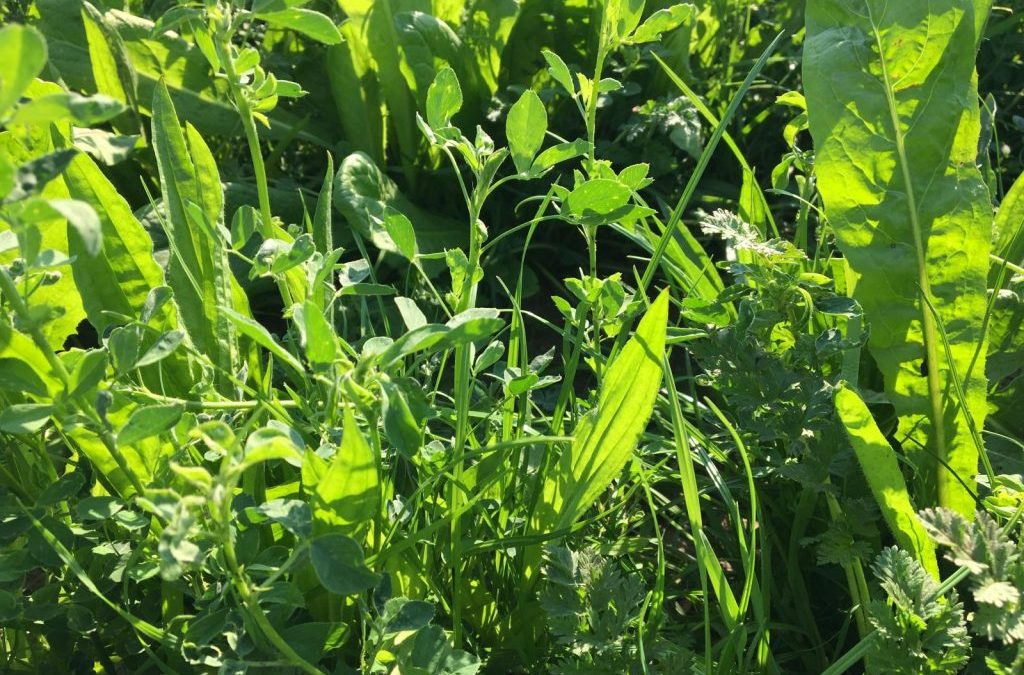 One of the first responses from new customers when we tell them about our grassfed, grass finished beef is “don’t all cattle eat grass”?  It is a logical question based on what we see driving down the long and open roads of the west. Cattle grazing on rolling hills or in green meadows gives us this pristine picture and we assume these cattle will spend all their days grazing these rangelands many of which are not useable for other type of crop production.  But, in the 1950’s the finishing or fattening of cattle (which produces the marbling or inter muscular fat) changed from grass based to corn or grain based due to cheaper cost, abundant grain, and faster growth of the animals.  My dad started in the cattle business in early 1970’s and built an operation around grazing cattle and sending them to the feedlot for finishing.

Today 99% of cattle are being fed and finished this way using feedlots or CAFO (Concentrated Animal Feeding Operations). Factory efficiency, homogeny and “fast fat” is the name of the game but does this system produce the healthiest beef, is it best for the environment, do consumers want choices that supply them with healthy products and the story they assume when they see those cattle on the rolling hills and green meadows?

In the early 2000’s studies began to show a significant difference between grain finished and grass finished beef. Grass finished beef was: significantly higher in the Omega 3 fatty acids (similar levels to those found in fish… which everyone’s Dr tells the them to eat), higher in vitamins A and E, lower in overall fat and very high in CLA’s (Conjugated Linoleic Acids) elements our bodies use to fight bad cells such as cancer.  As little as 3 weeks of grain finishing will change these chemical components of the muscle and fat meaning that grass-based finishing is required to produce the healthiest beef possible. The data for the health benefits of grass finished meat products, cheeses and dairy products continues to grow.

Benefits of pasture or grass finished beef goes far beyond our own health. The positive impact on our environment by reducing fossil fuels used to harvest, haul feeds, clean feedlot pens and move animals is real. Pasture based farms have better soil (see my last article), less runoff, soil erosion and green house gas emissions.  Lastly, cattle living in CAFO’s are not as healthy as animals raised and finished on green grass pastures. Feedlot cattle require large amounts of antibiotics fed in feed and water to remain healthy in their artificial environment thick with dust, manure and insects.  Research is mounting that the large amounts of subtherapeutic antibiotic use in CAFO produced cattle is a leading cause of antibiotics resistance in humans. With grain finishing cattle stomachs become more acidic due to the large amounts of grain being digested. This produces bacteria such as E. coli more resistant to the acid in our own stomach increasing our exposure to potentially harmful bacteria. Green grass and movement of animals is nature’s way of keeping their environment… and ours, hygienic, producing healthy food, healthier environments and healthier people!